Further thoughts and reflections on the weekly Torah Reading

At the end of Parashat Shoftim, we read [21:1-9] about the ‘Eglah Arufah’ (beheaded heifer).  If a dead body was found between two cities, a ceremony was held which included the elders of both adjoining cities declaring sorrow at the loss of life. The ceremony was designed to publicly express communal responsibility for the tragic crime committed.  The leaders of the two cities closest to the corpse declared, “Yadeinu lo shafchu’ – ‘our hands have not spilled this blood” [21:7].  The message was that although they may not have physically been involved with the murder, they did however bear a measure of responsibility.  They could not react with indifference to a crime albeit committed beyond their own city limits.  The Torah is stressing social accountability.

The opening verse of the sidra reads: “Judges and officers you shall appoint at all your gates.” [16:18]. The Talmud [Shabbat 119] suggests that the specific use of ‘you’ in the singular is to encourage us to correct our own defects before judging others. In a similar vein, the Sefer HaYetzira (lit. the Book of Creation, an early esoteric text c. 2nd century BCE) offers an interesting comment on the last words of the same verse “b’chol sh’arecha …‘appoint judges… at all your gates”. The ‘gates’ mentioned in the verse do not refer to a physical, tangible gate, rather to the gates of one’s soul – one’s eyes, mouth and ears.  This is where policing needs to be focused. In an age where technology is readily accessible and available, it is important to supervise what we allow ourselves and our children to be exposed to.  Without some means of ‘filtering’ our exposure, there is a real danger of becoming desensitized and indifferent.

Long ago, the Torah understood that self regulation is the most powerful weapon in building a healthy society and nation and is also man’s greatest challenge.  The month of Elul is a most appropriate time to confront that challenge. 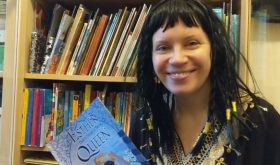 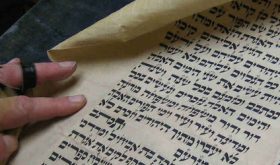 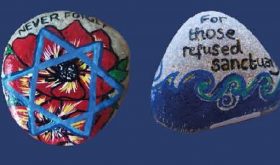