The Choir at the Central Synagogue

Posted by Central Synagogue on November 23, 2012

Choral music has a long tradition at the Central Synagogue. Even before the synagogue was consecrated in March 1855, permission had already been given to appoint a small choir for the fledgling shul.

Chazan Steven Leas formed our current choir in 2004, with the firm intention of revitalising this choral tradition. The choir has been contributing to Shabbat services at least once a month since it was formed. It also performs during Rosh Hashanah and Yom Kippur.

Steven’s aim was that the new choir should augment, but not overwhelm, the services at the Synagogue. It did this by introducing new melodies to enhance the congregation’s spiritual experience and to encourage congregational participation.

The choir, is frequently asked to sing when there is a barmitzvah, aufruf or other simcha. It has rapidly become the wedding choir of choice for many in the wider community as well as for members of the Great Portland Street community.

Michael Etherton, the former musical director, joined in December 2004. Just a month later, he directed the choir in a televised performance on Holocaust Memorial Day of the memorial prayer El Maleh Rachamim, in a moving setting by Meir Finkelstein, arranged by Stephen Glass, at Westminster Hall. Those in attendance included the Queen, then Prime Minister Tony Blair and the Chief Rabbi.

The choir’s first CD, recorded in summer 2008, includes eight songs, which we hope you will find representative of the distinctive Central Synagogue sound. Several feature arrangements of traditional melodies by Stephen Glass, who is the Music Director of Congregation Shaar Hashomayim in Montreal.

The choir sings his arrangement of the Dunajewski Ein Kamocha (the first number on the CD) before the Reading of the Law at every Shabbat and Yamim Norayim Morning Service. Kel Melech Yosheiv is recited several times during Yom Kippur – on Kol Nidre night and during Neilah. The Lewandowski Uv’nucho Yomar is a favourite version which the choir sometimes sings when the Sifrei Torah are being replaced in the Ark after the Reading of the Law. The Sh’ma and Hu Elokeinu, from the Shabbat Musaph Kedushah, use a melody originally written by Benjamin Britten. The modern setting of Meghnagi’s Mi Adir is from the wedding service. The choir also often sings the beautiful Finkelstein V’al kulam at weddings, as well as in the Musaph Service on Shabbat. Ein Kelokeinu and our own version of the South African Township Adon Olam complete the CD and are often sung in this way to conclude the Shabbat service.

(Adapted from an article by Antony Craig, formerly of Gramophone magazine.) 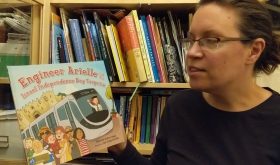 Happy 73rd Birthday, Israel!!! We can’t wait to be able to see you in person and celebrate in your cities, beaches, forests, mountains and deserts, but in the…

Listen to our choir music

Update Required To play the media you will need to either update your browser to a recent version or update your Flash plugin.

We invite you to join us, we offer services and social events for everyone. Contact us for more details.