Posted by Central Synagogue on December 14, 2012

The Chairman at the Central Synagogue is Laurie Phillips. His involvement began some 35 years ago, when he was welcomed to the Synagogue by Rabbi Cyril Shine and Chazan Simon Hass. Laurie served on the Board of Management for 25 years, and was Security Officer for seven years during that period. He also was a representative on the Council of the United Synagogue for 14 years, and a Deputy on the Board of Deputies for two years.

Laurie’s history at the Synagogue

“My wife Adrienne and I have seen both our son David and daughter Mylene married in our beautiful Synagogue, and our son and two eldest grandsons have been Barmitzvah there.

“It is an honour and privilege to serve as Chairman of this great Synagogue which has meant so much to me, and I look forward to serving with my fellow Honorary Officers in continuing to make our Shul a vibrant and welcoming centre for our community.” 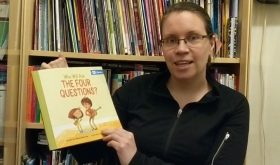 Story time with Raquel – “Who Will Ask the Four Questions?” by Naomi Ben-Gur

Listen in with your little ones to story time with Raquel. 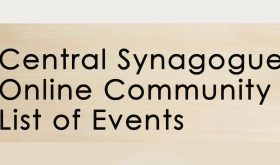 Central Synagogue Online Community List of Events   Wednesday 8 April 9:00 am – Shacharit followed by Siyum for Fast of the First Born with Rabbi Lerer 6:30…

Story time with Raquel – “Bitter and Sweet” by Sandra V.Feder

Listen in with your little ones to story time with Raquel.