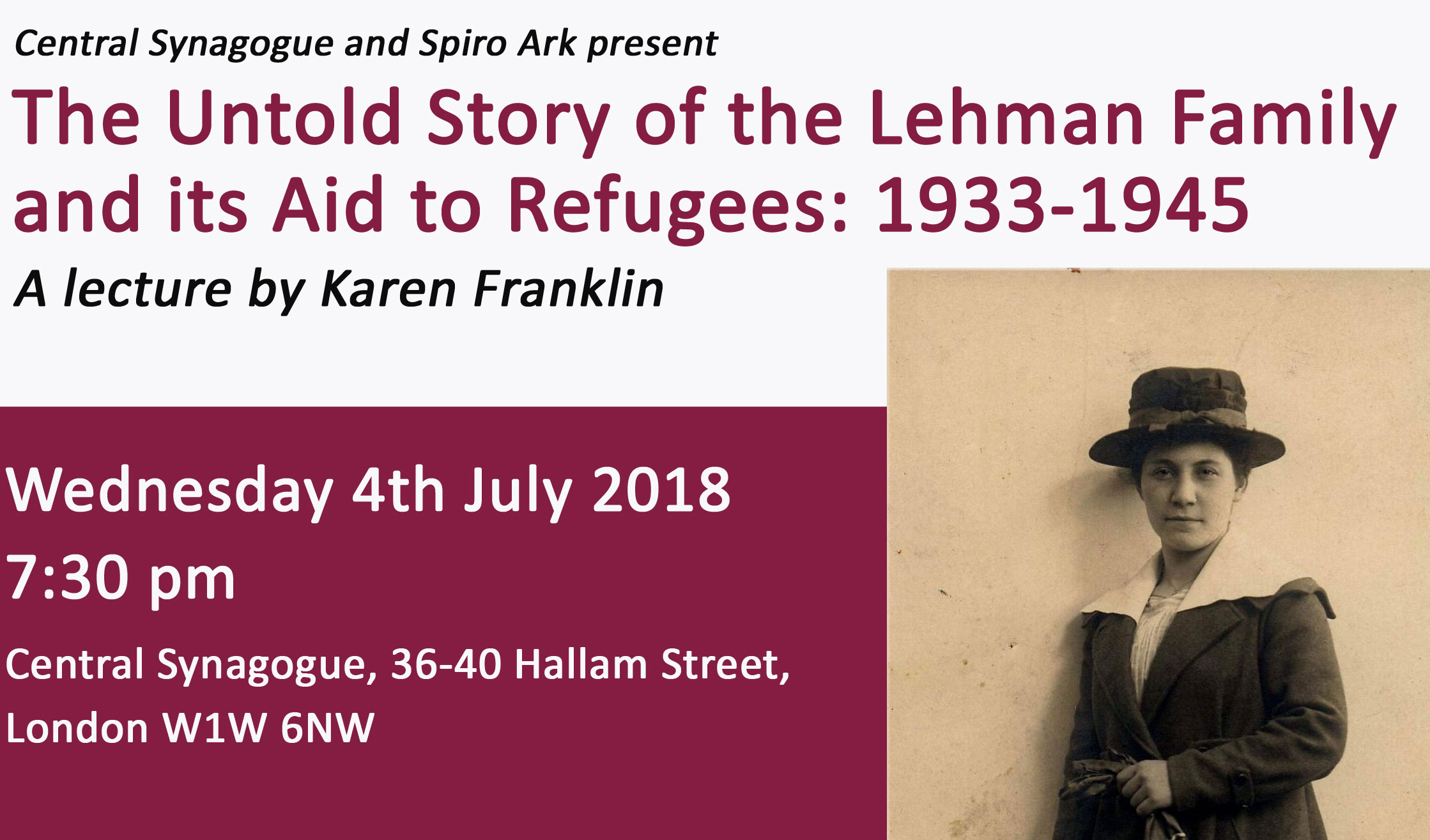 A lecture by Karen Franklin

On July 4, the night of the lecture, the celebrated play The Lehman Trilogy begins a run at National Theatre. Described as “An American epic”, the play charts the spectacular rise of the Lehmans from the arrival of Henry Lehman in New York in 1844, to the fall  of Lehman Brothers in 2008.

But few people know of the role of Herbert H. Lehman, Governor of the State of New York and a son of the firm’s founder Mayer Lehman, and a vast network of his relatives, in assisting hundreds of Jewish refugees fleeing Germany and Austria from 1933 to 1941, and in helping them establish themselves in their new countries in the years that followed.

In this program, Karen Franklin will shed light upon the extraordinary efforts of the Lehmans to provide assistance to refugees. She will describe not only the obstacles the family faced in their efforts (in one instance they called upon President Franklin D. Roosevelt to intercede on behalf of a family), but also the stories of those who immigrated to the United States and Great Britain, her efforts to track down their descendants, and to document those who were murdered.

Central’s Kids’ Services are back!! Starting on Shabbat 12 June 2021 10:45-11:15 downstairs in the atrium Join us for games, stories and tefillah Advanced booking essential. booking@centralsynagogue.org.uk