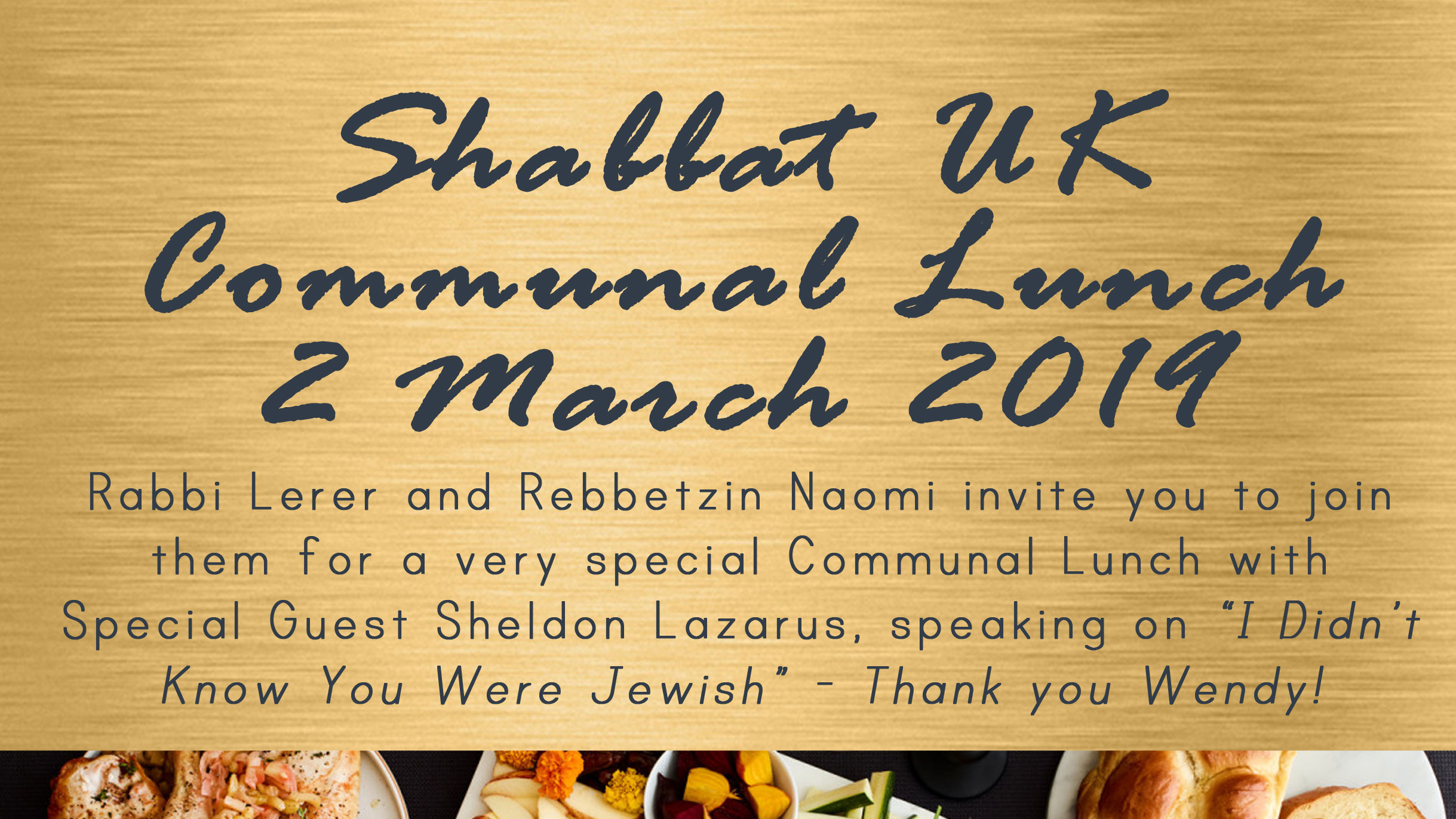 Rabbi Lerer and Rebbetzin Naomi invite you to join them for a very special Communal Lunch with Special Guest Sheldon Lazarus, speaking on “I Didn’t Know You Were Jewish” – Thank you Wendy!

Sheldon Lazarus is the Executive Producer behind many successful non scripted series and has a prestigious track record in delivering successful primetime nonfiction and reality programming for the American market with hit shows including A&E’s signature series ‘Billy The Exterminator’ or TLC’s series ‘Mall Cops: Mall of America’.

His executive producer credits also include the ITV1 Saturday night entertainment series ‘Penn & Teller: Fool Us’ presented by Jonathan Ross which is now broadcast on the CW Network in the US and the BAFTA winning BBC children’s series ‘Richard Hammond’s Blast Lab’a.

He is currently working on originating and developing hit series and specials for the American market as Creative Director, Executive Producer and SVP. 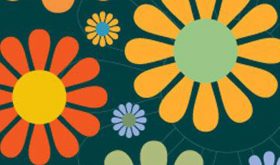 Check in with Chazan Steven Leas for short, uplifting and inspirational Kabbalat Shabbat. This Week: 70’s Music @ 17:10 Bring a buddy by passing the login details to…