This week’s Sedra is Acharei Mot. We learn of the meticulous preparation of the Cohen Gadol — High Priest – and the procedure he followed on Yom Kippur before he and he alone could enter the KODESH HAKODASHIM- the Holy of Holies, which contained the Ark and the Tablets which Moshe brought down from Mount Sinai.

We also learn that sacrifices were limited to the Mishkan (Tabernacle) in order to prevent the establishment of similar shrines like those among the pagan peoples. The Sidra ends with the list of forbidden marriages of close relatives something which was common among the Egyptians and Canaanites of old. 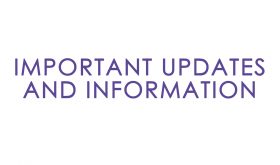 1.       Assistance If anyone needs assistance in shopping for necessities for Pesach, please do let the Central Community Care team know. Our team of volunteers is here and…

Essai Enai, a song of hope for these strange times composed by Cantor Steven Leas

Being in quarantine and ill for a number of weeks, I decided to compose and record a song for these frightening times.The lyrics are from Psalm 121 Essai… 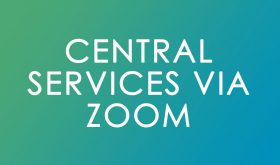 Join the Central Synagogue online community for a variety of different events.   Join our online community by clicking here at the relevant dates and times https://us04web.zoom.us/j/963912707