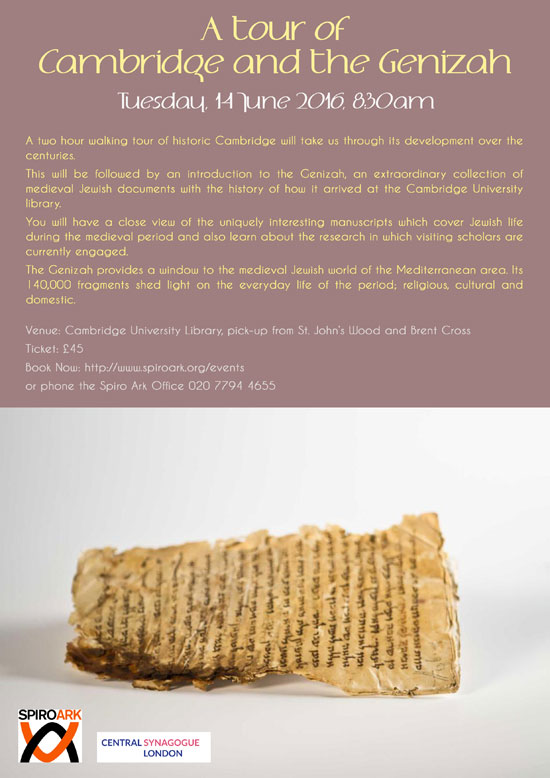 A tour of Cambridge and the Genizah

A two hour walking tour of historic Cambridge will take us through its development over the centuries.

This will be followed by an introduction to the Genizah, an extraordinary collection of medieval Jewish documents with the history of how it arrived at the Cambridge University library.

You will have a close view of the uniquely interesting manuscripts which cover Jewish life during the medieval period and also learn about the research in which visiting scholars are currently engaged.

The Genizah provides a window to the medieval Jewish world of the Mediterranean area. Its 140,000 fragments shed light on the everyday life of the period; religious, cultural and domestic.

Please join us for Central’s children’s fancy dress Purim Party on Sunday 8 March, 3-5pm where we will be getting creative with the Purim story!!