Anti-Semitism in Football: How serious is it now? – 4th May 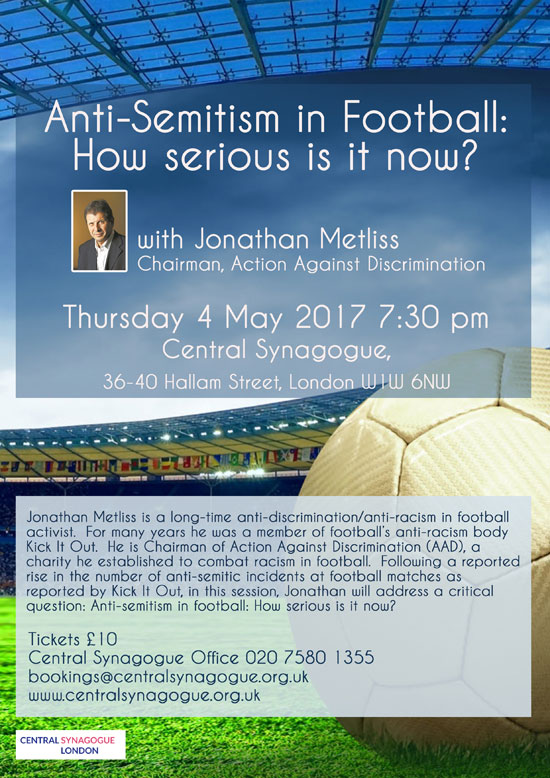 Anti-Semitism in Football: How serious is it now?

Jonathan Metliss is a long-time anti-discrimination/anti-racism in football activist.  For many years he was a member of football’s anti-racism body Kick It Out.  He is Chairman of Action Against Discrimination (AAD), a charity he established to combat racism in football.  Following a reported rise in the number of anti-semitic incidents at football matches as reported by Kick It Out, in this session, Jonathan will address a critical question: Anti-semitism in football: How serious is it now?

Please join us for Central’s children’s fancy dress Purim Party on Sunday 8 March, 3-5pm where we will be getting creative with the Purim story!!