At the beginning of this Sidra we are urged to view all the mitzvot — (commandments) as being of equal importance. As we do not know (in the majority of cases) the reward for a mitzva it would therefore be ill-considered to divide mitzvot (as people sadly often do) into those which are important and those which are less important.

Continuing with his review, Moshe exhorts the people not to be influenced by the idol worshipping nations of the region, but to be faithful and observe the mitzvot of the Torah which will bring them blessing and the great rewards of health, fertility and plenty — ‘ a land flowing with milk and honey’ (Deut.Chap 11 v 9). 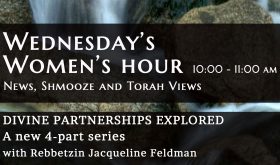